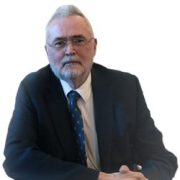 Dr Robin Lawrence is a highly qualified consultant psychiatrist with decades of experience in the diagnosis and treatment of all forms of psychological medicine. He has practised from his clinic at 96 Harley Street since 1997 and leads a highly experienced team of psychotherapists and counsellors.

During his time at Birmingham, he was supervised in neo-Freudian one-to-one psychotherapy and group Gestalt therapy.

He continued his training at the Maudsley and the Institute of Psychiatry before taking up his first consultant post in psychiatry at St Thomas’s Hospital.

Dr Lawrence now runs the Department of Psychological Medicine at 96 Harley Street where he personally treats patients with bipolar disorder, depression and anxiety. He also treats ADHD, works with PTSD and Asperger’s and is also experienced at relapse prevention in addiction.

The practice also offers a limited number of low-cost counsellors who provide therapy on a sliding scale.