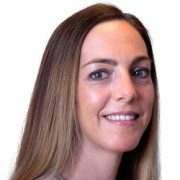 Born in Barcelona, I have always been strongly connected with the sea and the sun; both having a positive impact on wellbeing.

Due to my passion for continuous learning about health, my path led to me living in several countries such as Italy, Spain, USA and the UK. Hence, I am fluent in English, Spanish and Catalan. I graduated as Medical Doctor at the University of Barcelona in 2003. I consequently trained in General Psychiatry in Spain and Child and Adolescent Psychiatry at the University of Pittsburgh Medical Centre, USA (ranked as one of the top hospitals in USA), obtaining my registered specialist in 2008 and 2010 respectively. I gained a master’s degree in Integrative Psychotherapy in 2008 and awarded with a PhD in Psychiatry by the University of Barcelona in 2011 with distinction with honours.

Currently, I combine my NHS work as a Consultant Child and Adolescent Psychiatrist leading the Clinical and Research multi-disciplinary Pediatric Neurodevelopmental Disorder Team at East London NHS Foundation Trust (rated as Outstanding by the Care Quality Commission) with my private practice in central London. In addition, I hold a faculty appointment as an Honorary Clinical Senior Lecturer at the Centre for Psychiatry, Barts & The London School of Medicine & Dentistry, Queen Mary University of London since 2017.

I have published over 60 scientific articles, book chapters, and abstracts and have been invited as Speaker to the most distinguished national and international conferences in the field of neurodevelopmental and mood disorders.

Furthermore, I have received several honours and distinctions such as the Clinical Excellence Award at my NHS Trust (2009), first prize for the best research presentation, State of the Art Congress Psychological Medicine: Bio-Social Advances in Psychiatric Research at Queen Mary University of London (2019), Nominee for Team of the Year Award at my NHS Trust (2018) and the Donald J. Cohen Fellowship Program, 19th World Congress of the International Association for Child and Adolescent Psychiatry and Allied Professionals, Beijing, China (2010).